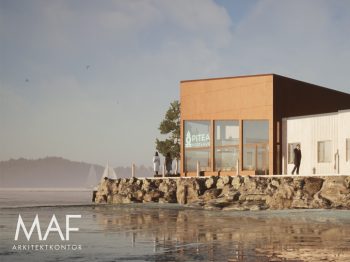 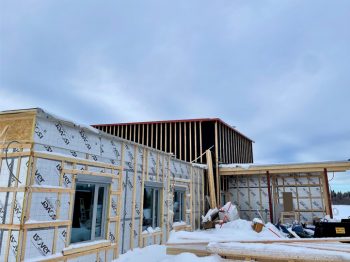 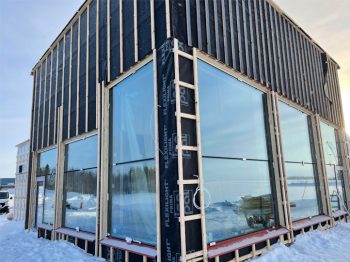 The new port office is the first of its kind in Norrbotten with façade-integrated
solar panels.
– The port office is an energy-smart building, says Ulrika Nilsson, CEO of the Port of Piteå.

The new port office is located with a view of the port’s area of operation. The location means that the office ends up outside the port’s area of operation and its passage control. With its own entrance, the port office will be easier to visit.
– With its strategic location in the middle of Haraholmen’s expansive industrial area, the new port office will be able to support future expansion of new operations. The office is prepared for the expansion of additional office space should it be needed for other potential tenants, says Ulrika Nilsson.

The sustainability profile of the new port office has been strengthened by a collaboration between the municipal companies Piteå Hamn and PiteEnergi.
PiteEnergi supports the project to show the potential of smart technology, such as the installation of façade-integrated solar panels and smart sensors.

Piteå harbor staff will move into the new premises in mid-March.
The façade-integrated solar panels will be installed in April.